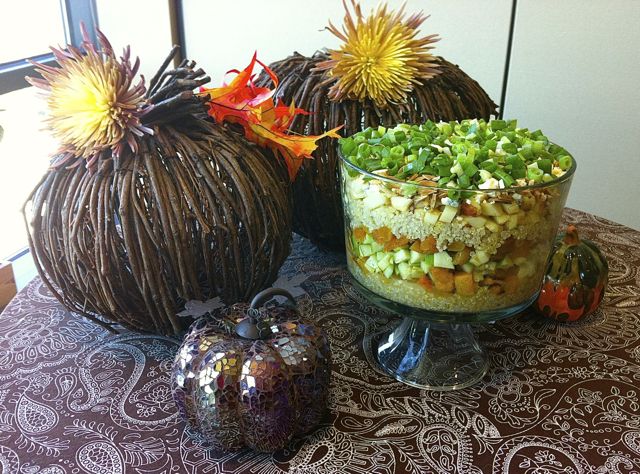 Everyone loves layered salads – pretty presentations for a potluck, party, or dinner. We enjoy them too. But most are loaded with calories and fat! Once you whip this recipe up, you’ll find a new favorite for your family and friends. Filled with the flavors of fall, apples and squash, with a dressing full of flavor from apple cider vinegar and tasty allspice. Because it’s made with quinoa, you can serve it as a main course – or a side. 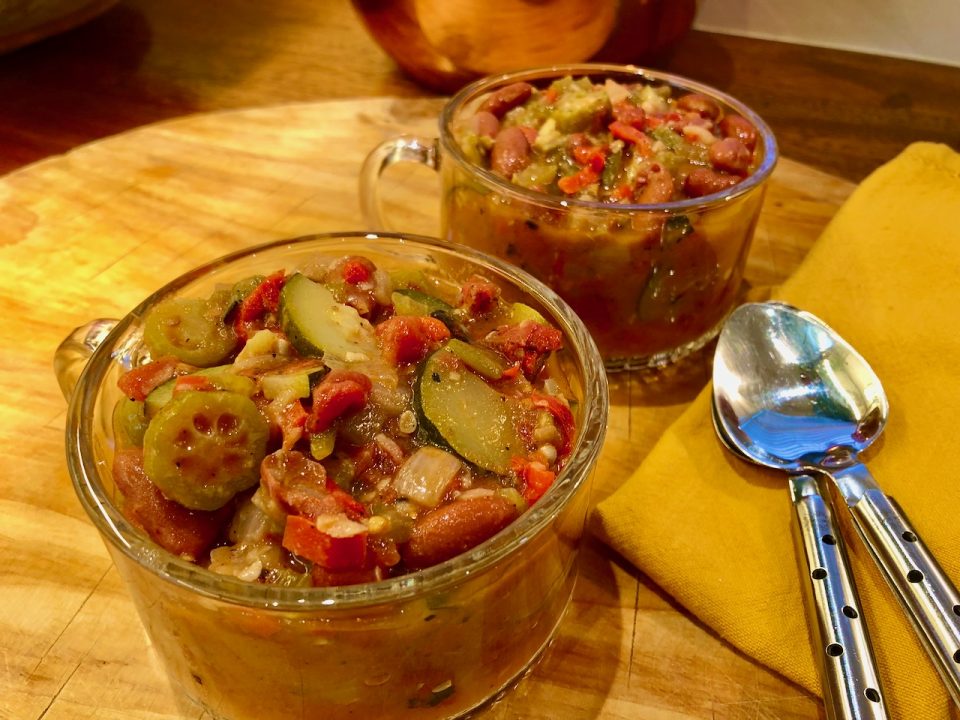 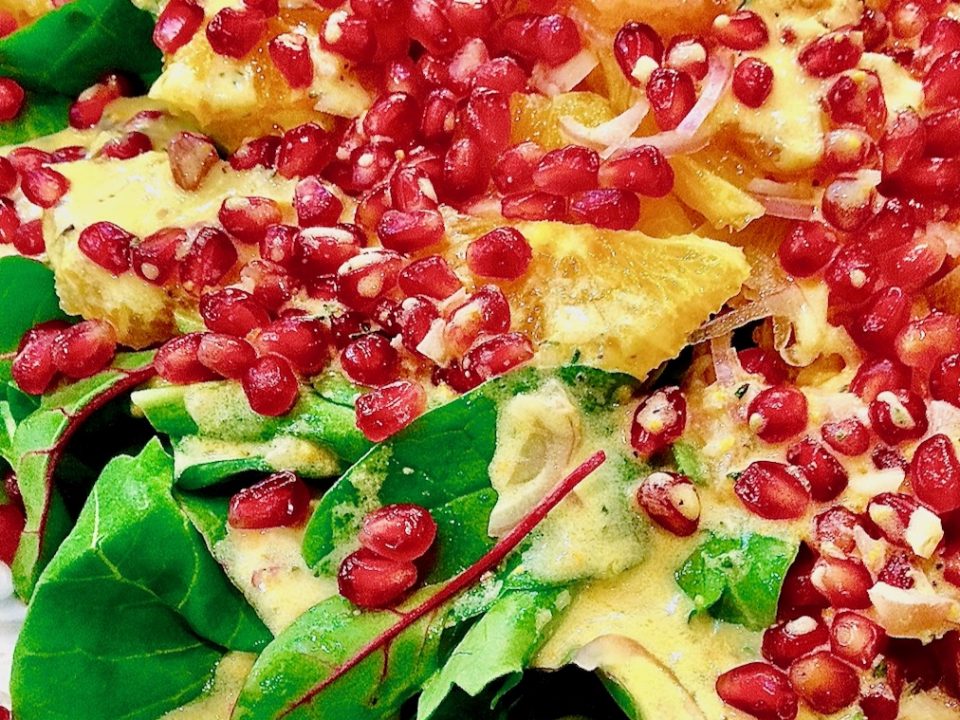