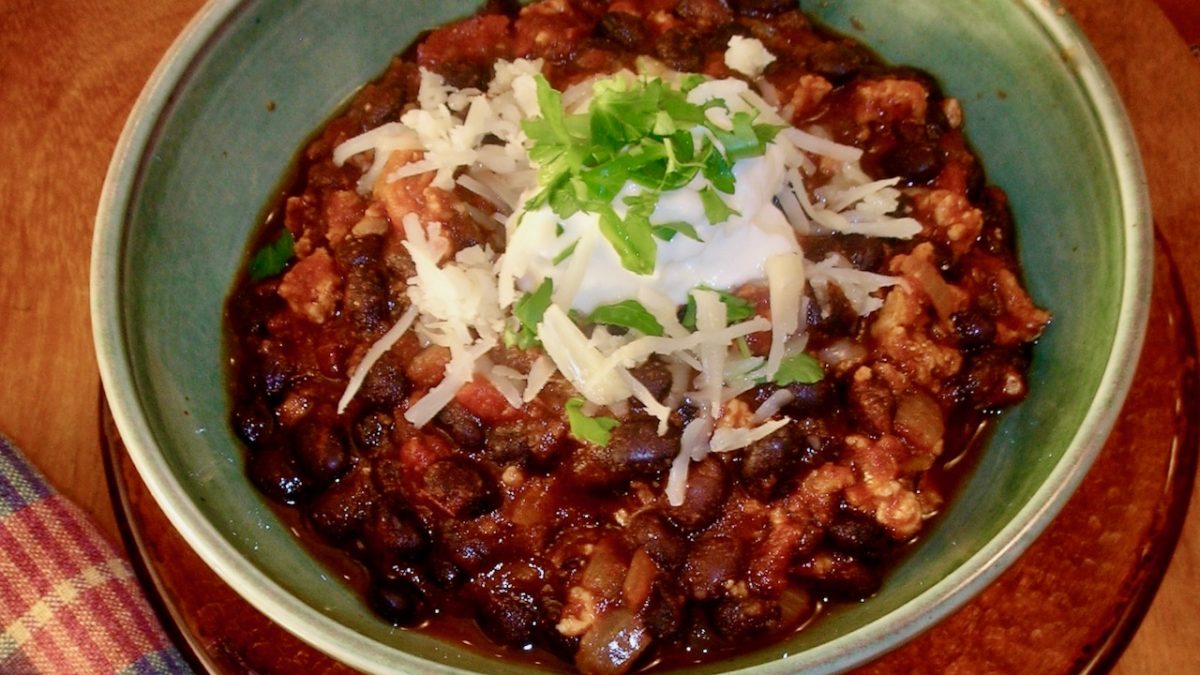 This recipe is a real crowd pleaser and super easy to make. Adding spices like cumin, coriander and oregano makes the chili spicy good – not hot. Although Coriander the spice, and Cilantro the herb, both come from the same plant, they taste very different. Coriander has a light lemony taste, while Cilantro tastes “soapy” or “grassy” to many people. (If you are not a Cilantro fan, try substituting Parsley.)

Coriander/Cilantro is a wonderful source of dietary fiber, manganese, iron and magnesium as well. In addition, coriander leaves are rich in Vitamin C, Vitamin K and protein. They also contain small amounts of calcium, phosphorous, potassium, thiamin, niacin and carotene. Who knew you could ramp up the nutrition in this chili by one simple spice?

Spray a skillet with non stick spray. Over medium-high heat, sauté the ground meat/veggie until no longer pink. Remove from the skillet and set aside.

Add the olive oil to the pan and saute the onion and red pepper until wilted and soft. Add the garlic, and cook and stir for another minute. Then add the chili powder, cumin, coriander, oregano, red pepper flakes and cinnamon. Cook mixture until the spices get fragrant or about 2-3 minutes.

Stir in tomatoes, beans and cooked ground poultry/veggie and  bring to a boil, reduce heat and simmer uncovered for 30 minutes.  Serve garnished with cheddar cheese, yogurt and cilantro.