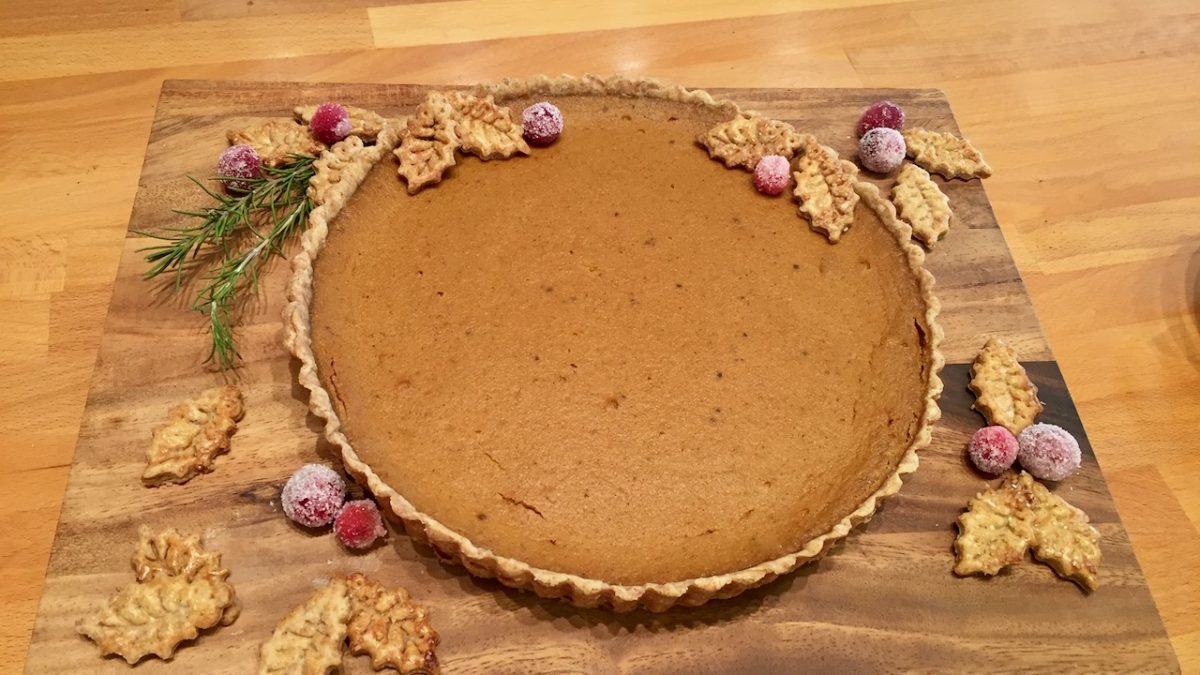 It’s only a few days before the BIG day and if you are still thinking about running by the store and picking up a pie for Thanksgiving dessert…don’t do it! This pie is SO easy that you can whip it up in a matter of minutes. Purchase a pie crust at the store – or this yummy pumpkin dish can be spooned into individual ramekins and served up without the crust – and still be delicious!

This pie is just a little better-for-us because we use maple syrup, one less egg yolk which makes the pie lighter and fluffier and lots of healthy spices in the pie – no cream or full fat milk – just a little light cream cheese.

The handful of spices in the recipe are one of the keys to its delicious flavor! We call these warm baking spices – cinnamon, ginger, cloves and cardamom. They bring such flavor to the pie as well as such nutrition. We are going to highlight cinnamon… did you know that cinnamon has an active ingredient called cinnamaldehyde. It’s used in flavorings and fragrances. Some research shows cinnamon may be good for people with diabetes. A review of 18 studies suggests that cinnamon might lower blood sugar.It may also lower cholesterol in people with diabetes. One review suggests that cinnamon might help with obesity and weight loss. It’s sometimes used for irritable bowel syndrome or other stomach or intestinal problems as well.  Drink a warm cup of herbal tea with s small piece of this pie to round out a Thanksgiving meal.

Preheat the oven to 375F. Whisk together the pumpkin, syrup, spices and bourbon, (apple cider), together in a large bowl. With a mixer, beat together the egg, egg whites and cream cheese together until smooth, add in the pumpkin mixture and beat until combined. Pour the ingredients into the unbaked pie shell and cook until set in the middle – about 1 hour.