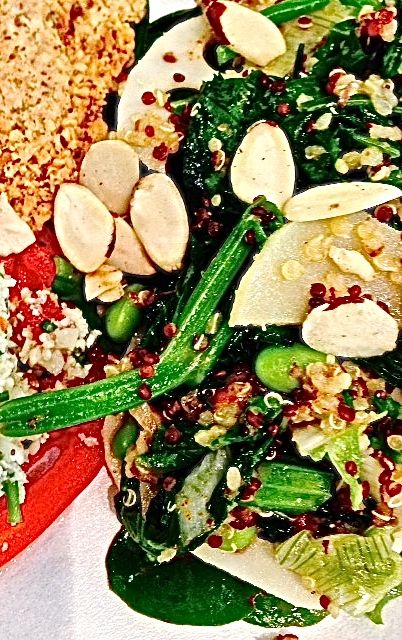 Finished Salad Sharing the Plate with other Goodies!

Cruising the aisles of an international market like Buford Highway Farmers Market is one of our favorite things to do! Earlier this month we shared this fun with a group from Cancer Wellness at Piedmont West. What a great time we had picking up all the veggies and fruits, oohing and ahhhing over the incredible fish department and getting excited about all the Asian Ingredients available.

Just like any market, produce is in season at different times of the year. In January we found an abundance of Asian veggies like fresh lotus root and bamboo shoots that were already peeled and prepared.

We used cilantro in this salad because of its fresh, green and grassy flavors. Cilantro is so interesting, because it’s used all over the world in so many different cuisines, in a myriad of different ways. Cilantro is also highly valued because of the chemical makeup within the herb. It actually binds to the heavy metals, loosening them from the tissues, blood and organs. It transports harmful substances out of the body through elimination. Also, the rich qualities of cilantro oil have a powerfully positive effect on the digestive tract. The oils aid our digestive system in its production of digestive enzymes, acids and juices. The oil also helps to stimulate digestion through peristaltic motion.

Armed with all the fun and healthy ingredients we headed to the kitchen to whip up a yummy salad. We think you’ll love the results too! 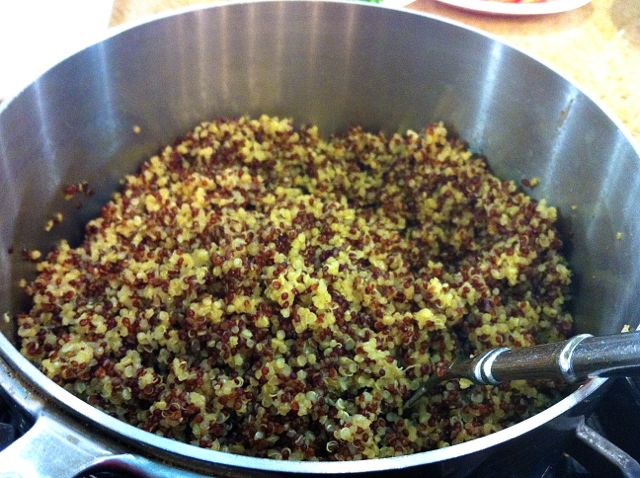 Red and White Quinoa, cooked and ready for the salad!

2 Cups Asian Veggies, sliced (Whatever you can find – fresh, frozen or canned and rinsed well.) 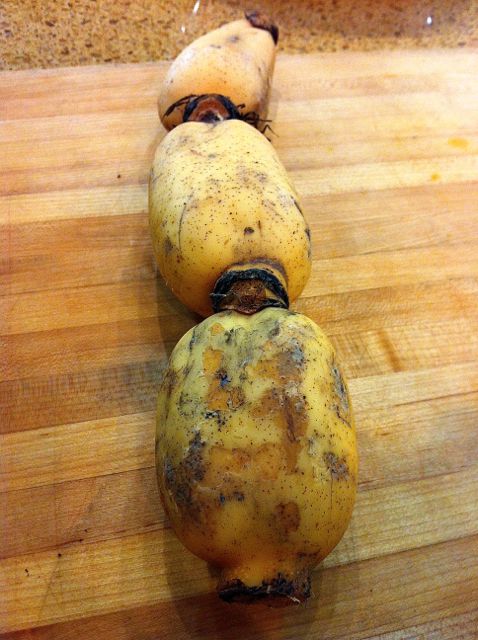 This is what Lotus Root looks like before you peel and slice it! (Or just buy it in a can:)

Bring veg stock to a boil in a saucepan then add rinsed quinoa. Place a lid on top then lower heat and cook until quinoa has absorbed the stock, about 15 minutes. Fluff with a fork then set aside. (Can be done ahead of time.)

Heat the oil in a wok then add veggies., frozen edamame, and green onions. Stir fry until crisp-tender, 2-3 minutes, Toss with the cooked quinoa, cilantro and the sesame oil.

Toss the greens with the Asian Almond Sauce and place on a platter. Scatter the quinoa/veggies on top and garnish with the toasted almonds. 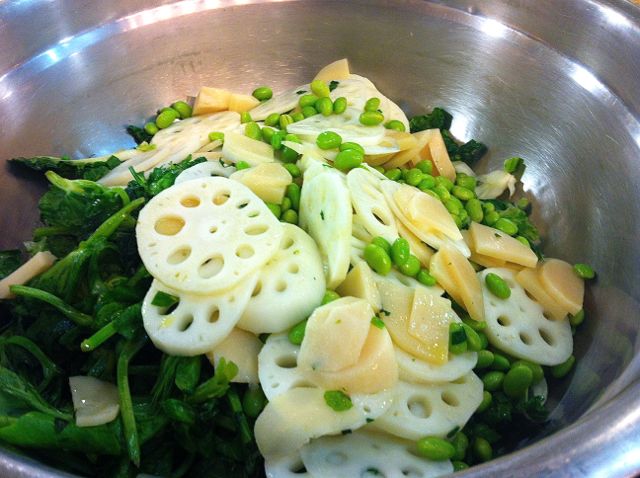 The Veggies in a bowl!